When you stay at Station Hotel, we will always carefully pamper you. For example, you can enjoy the extra services of the honesty bar and an extensive breakfast at our hotel. But also outside the hotel there is a lot to do!

In the Stedelijk Museum in Aalst, for example, you can admire the remarkable collection of writer and artist Louis Paul Boon. The churches and the beautiful city park of Aalst are also worth a visit.

The staff of Station Hotel are always ready to recommend some good restaurants and other eateries in the area. Sports enthusiasts can come to us to explore the cycle route along the towpath on the Dender.
And of course the carnival is a unique experience, which is not celebrated anywhere like in the town of ajuinen(onions) city!

Would you like to know what is currently going on in our city? Check out the current offer here  or contact the city of Aalst at the following e-mail address: info@visit-aalst.be!

Aalst is the second largest city in the Belgian province of East Flanders. The city has over 85,000 inhabitants (2018), who are called Aalsters. Aalst is best known for its carnival. Saint Martin is the patron saint of the city. Aalst is located on the river Dender. 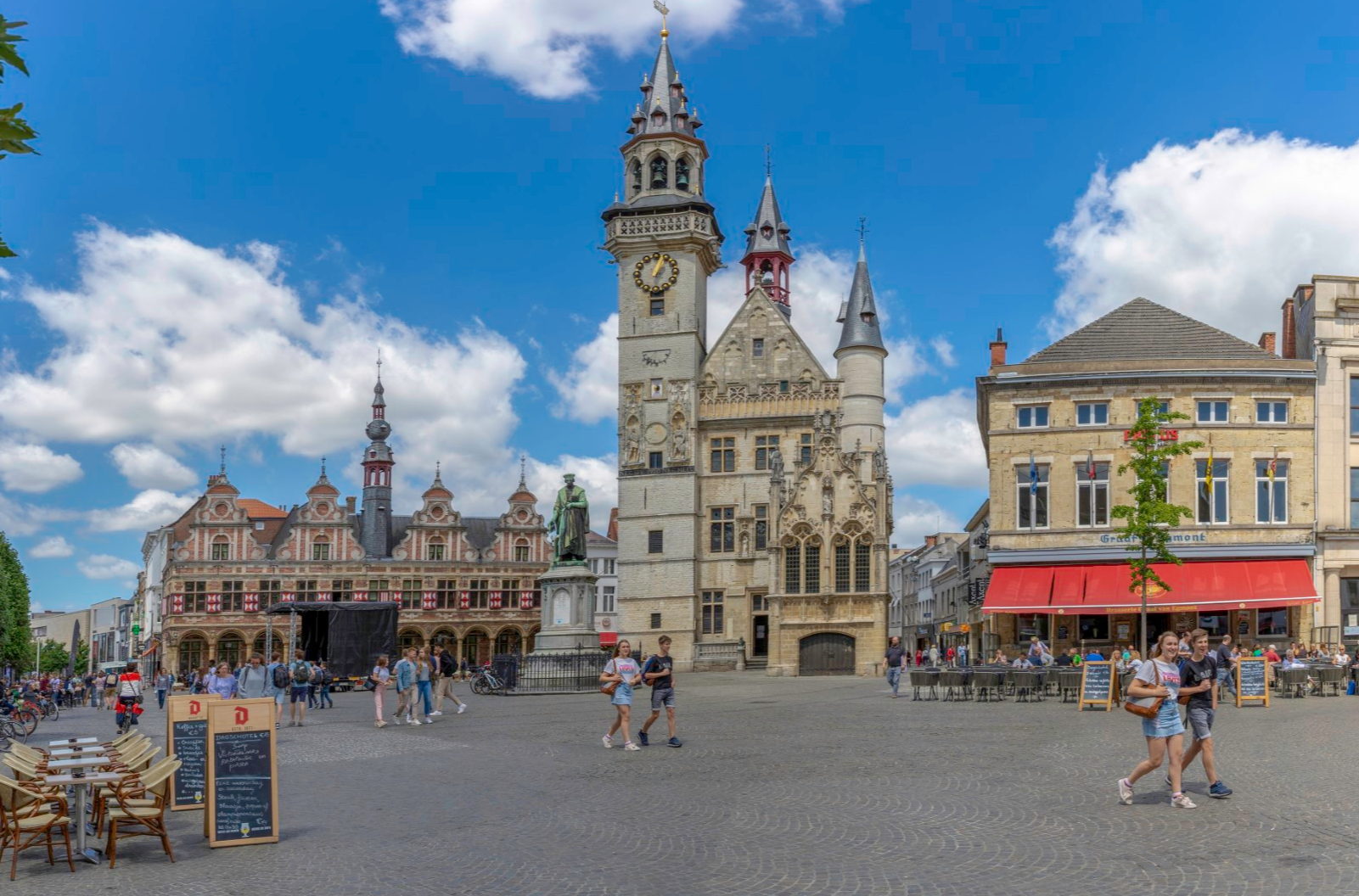 Aalst is best known for its annual Carnival  and the statue of  Dirk Martens  in the middle of the  Grote Markt. Dirk Martens printed the first book (Utopia) with separate letters in the Netherlands; He was friends with  Erasmus.

An equally famous Scion is the novelist Louis Paul Boon. In the early 20th century, Aalst also made a piece of Belgian political history with the central figure priest  Adolf daens  (brother of Pieter Daens), about whom Louis Paul Boon wrote his most famous book "Pieter Daens" . The book is about how workers of  Aalst in  the 19th century fought against poverty and Injustice "(1971). It embodies the social history of a city, region, people and era.

Aalst used to thanked its prosperity among other things to the hop cultivation. Typical  aalsterse  hop species are  green Belle,  coigneau,  white Rank  and  lurking. The  Cathedral of Amiens  was the example for the  aalsterse  Sint-Martinus Church, which, however, was not phased out. The original  belfry of Aalst  dates back to the 13th century. The current belfry is mostly from the 15th century.